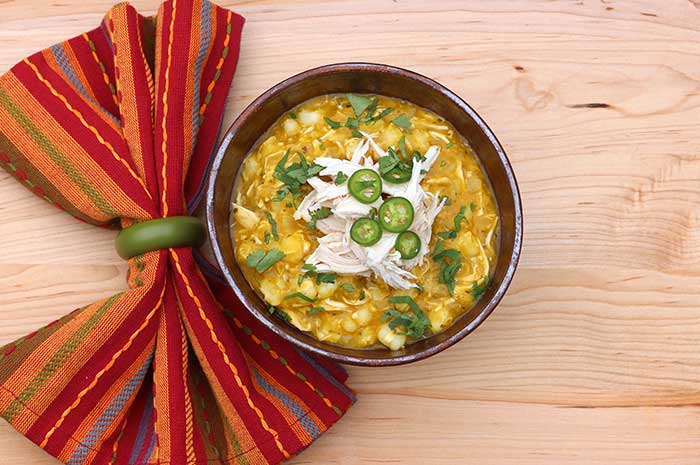 Nothing beats a bowl of chili on a cold night. I saw this recipe which originally called for sausage and the CompostMaster volunteered to make it. While I really liked the flavors, the sausage didn’t do it for me. I thought it would be much better with shredded chicken and it was (to me, anyway). If you prefer to go the sausage route, you’ll need one pound to replace the chicken. Add it just after you cook the onions and drain off some of the fat after it browns.

Are you familiar with hominy? It’s the kernels from white or yellow corn after the hull and germ have been removed. You can usually find it with the canned goods in your grocery store – it might be with the vegetables, the beans, or the Mexican food. If you can’t find hominy, you can order it from Amazon (affiliate link) or substitute corn.

Pumpkin, the unexpected ingredient in this chicken chili verde, has some impressive health benefits:

Adding a little pumpkin to your diet (when not in the form of pie) is a good thing. 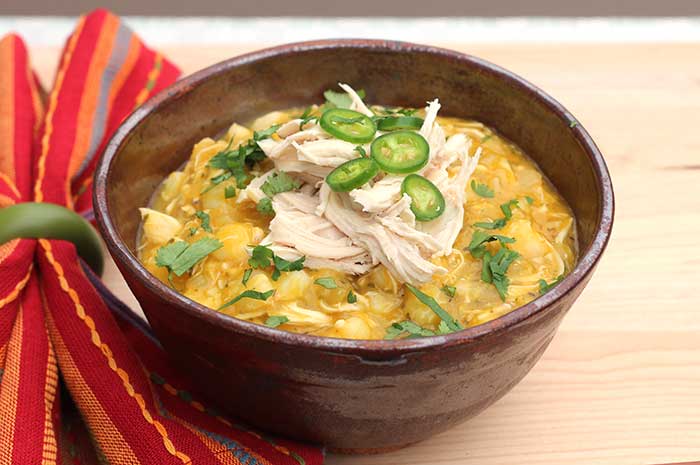 Make it meatless: Replace the chicken with black beans.

Watching sodium? Almost all of the sodium in this chicken chili verde recipe comes from the salsa and the hominy. To lower the sodium, make your own Roasted Tomatillo Salsa and reduce or eliminate the salt. You could also drain and rinse the hominy, but make sure to replace the liquid with about 3/4 cup broth or water. 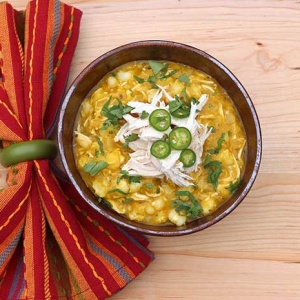 Need a meatless version? Replace the chicken with black beans. Watching sodium? The nutritional information was calculated using salsa verde from a jar. To make a version of the chili containing less sodium, make your own Roasted Tomatillo Salsa and reduce or eliminate the added salt. You could also drain and rinse the hominy, but make sure to replace the liquid with about 3/4 cup broth or water.