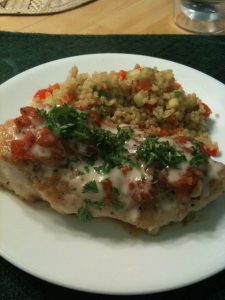 I’ve been making this dish for so long, I don’t remember where I got the recipe. It was originally called something insanely clever like “Chicken with Tomatoes and Cheese,” but I had to rename it due to an incident that occurred in the early 1990’s. Back then I specialized in cooking for my husband’s single friends. One night, my husband’s best friend was coming over and I decided to use an old Visions skillet (you know, the amber-colored transparent cookware made by Corning that everyone used in college because it was cheap). Dinner was almost ready when I added the vermouth to the pan. I don’t know exactly what happened, but that skillet instantly shattered into many, many pieces. Shards of Visions cookware mingled with my chicken in a most unappetizing way. I think we ended up ordering Chinese food that evening.

Use canned, diced tomatoes if fresh ones are out of season. A mild, white cheese such as Monterey Jack cheese works best, but use any cheese you like (or happen to have in the refrigerator).

This recipe is a good source of Protein, Niacin, Vitamin K, Vitamin B6, Phosphorus and Selenium. It is also low in Sodium.

Heat oil in skillet over medium high heat. Spread the flour onto a dinner plate and dust the chicken breasts on both sides. Add the chicken to the skillet and brown on both sides, about 2-3 minutes per side.

While the chicken is cooking, mix together the garlic, tomato, oregano and vinegar. Season the chicken with salt and pepper and top with the tomato mixture. Let it cook until the chicken is almost done, about 10 minutes or so.

Add the vermouth to the pan (it will sizzle). Sprinkle the cheese evenly over the top of each chicken breast. Cover the skillet and cook on low heat until the cheese melts (just a minute or two). Remove from heat, sprinkle with parsley and serve. 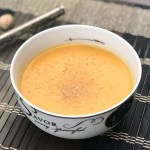 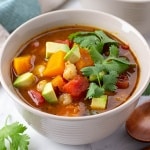 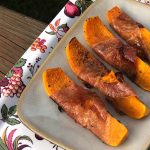 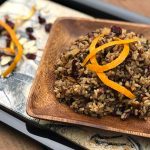 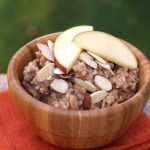