Need a portable option for the first meal of the day? Make these Breakfast Stuffins with Spinach, Peppers, and Cheese over the weekend and you’ll be all set for the work week. 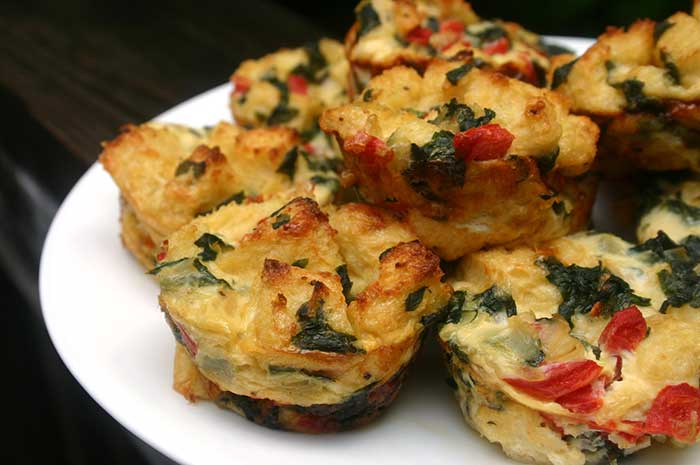 I bought some bread at the grocery store for the first time in ages. Bread just isn’t something I keep around anymore – I’d rather get my carbs elsewhere. I told The Grillmaster that I needed half of it for a recipe, but he was free to eat the rest.

This morning I started making Breakfast Stuffins – think Thanksgiving stuffing crossed with muffins. Actually, think of a strata in muffin form. These stuffins didn’t remind me of Thanksgiving in any way. Just a tad bit stressed since the recipe was more complicated than I anticipated, I reached for the bread. It wasn’t where I left it. In fact, it wasn’t anywhere in the kitchen.

After volunteering to run to the store for more bread, The Grillmaster called to say he wouldn’t be home for at least 15 minutes. They were baking the bread fresh and it was in the oven. Great. I wanted day-old bread and now I was going to get a fresh loaf.

That’s how my day started. Fortunately, the Breakfast Stuffins were tasty. 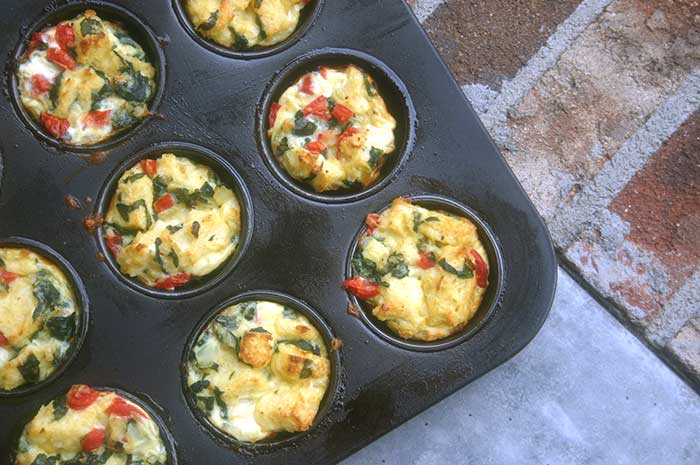 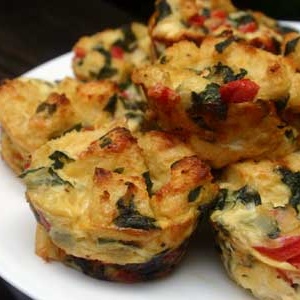 Pick a bread that doesn't contain any trans-fat. Gluten-free? Use GF bread.