Before fennel goes out of season, try it raw in this Fennel Apple Slaw. Paired with Sesame Seared Tuna, it makes a perfect quick meal that just happens to be gluten-free. 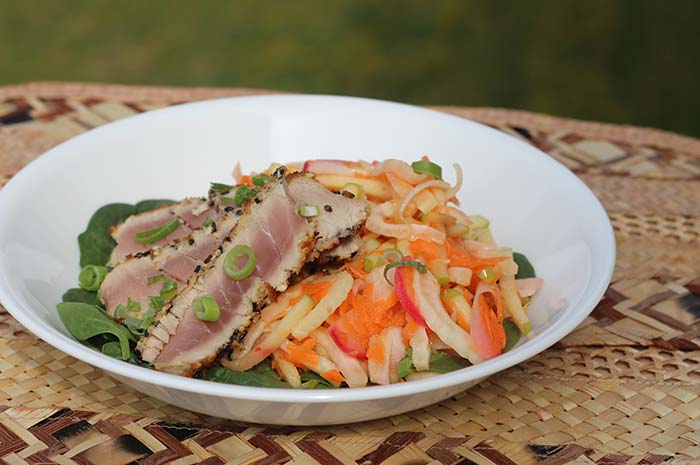 Browsing the seafood counter at the grocery store, I spotted some gorgeous yellowfin tuna. It was pricey, but I was only cooking for one so I decided to go for it.

I also had a bulb of fennel and some radishes in the refrigerator, gifts from my husband after a shopping spree. I thought about making Fennel Kale Slaw, but I didn’t have any kale. I did have a green apple, however. Hello Fennel Apple Slaw.

You can save yourself a few carbs and skip the panko, but you'll miss out on the crunch factor.

Watching sodium? Cut back on or skip the added salt.