I had seen a recipe for spiced pistachios with za’atar seasoning just before we got nine inches of snow. I couldn’t stop thinking about those nuts and I had plenty of time to make them. Unfortunately, I didn’t have any za’atar. I decided to come up with my own seasoning and make it a low-sodium za’atar substitute while I was at it. 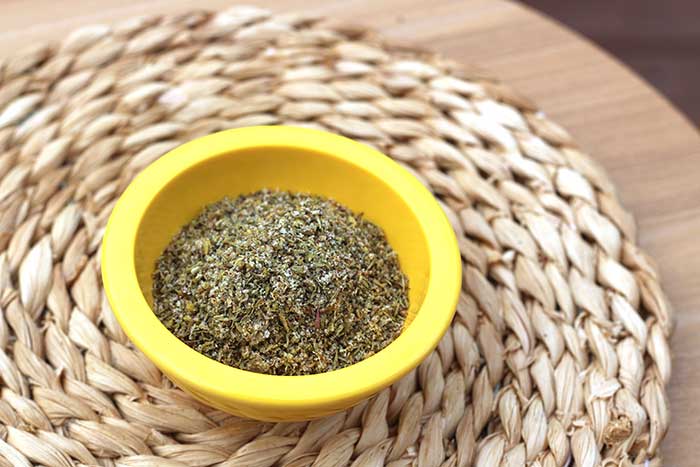 Not familiar with za’atar? It’s a Middle Eastern spice blend traditionally made with sumac, thyme, and sesame seeds. I first learned about it a couple of decades ago when I did an international pen pal food exchange. I was living near Baltimore at the time, so I got za’atar and my Lebanese friend received Old Bay.

So, it’s snowing, I don’t have za’atar, and I certainly don’t have sumac in the spice rack. Sumac has a tangy, lemony flavor so I thought lemon pepper would work. I didn’t have that either. I finally settled on good ol’ lemon zest. I always have lemons.

I thought my blend needed some zing so I added cayenne pepper. This is not a traditional ingredient, so feel free to leave it out.

After you make the Spiced Pistachios with Thyme, Sesame, and Lemon, use the remaining low-sodium za’atar to brighten egg dishes, to season chicken, to sprinkle on popcorn, and to perk up potatoes or rice. 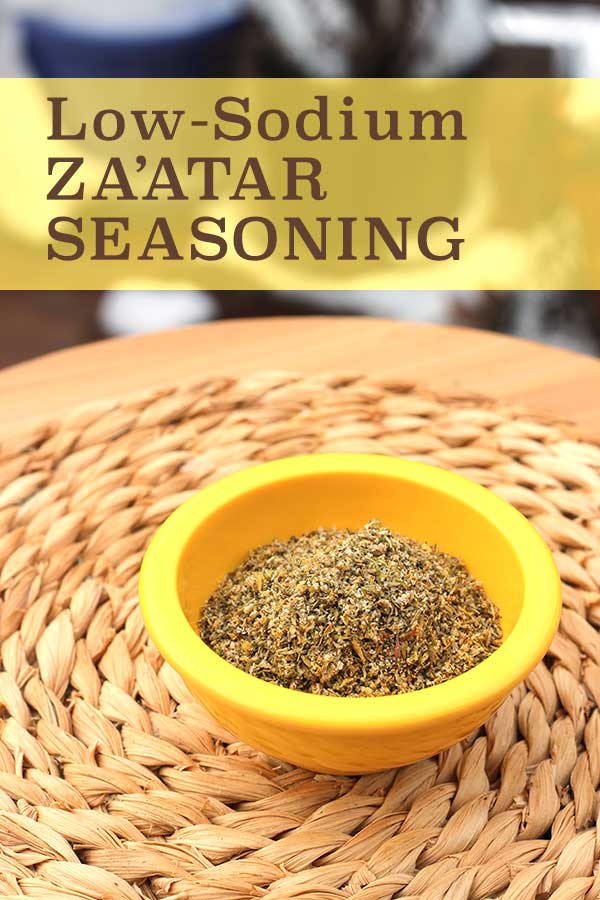 Want a more authentic Za'atar seasoning? Use 1 tablespoon ground sumac instead of the lemon zest.

No lemons in the house? Substitute lemon pepper.

Not into spicy foods? Skip the cayenne. It isn't traditional anyway!