Diabetes can cause an array of heart issues, including high blood pressure. Kidney damage and vessel damage from high glucose levels are the typical culprits.

When a person with diabetes (or anyone else) has high blood pressure, they are advised to keep a close watch on salt intake. Some studies indicate that sugar may impact blood pressure more than salt. Sugar raises insulin levels, which increases heart rate and ultimately pushes up blood pressure numbers. It is important to regulate both sugar and salt, since each clearly have a blood pressure effect. 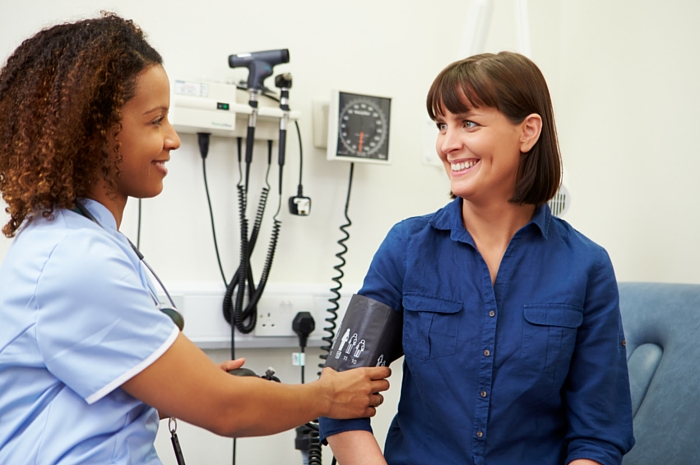 No matter which disease or ailment we consider, processed food seems to make it worse. Foods loaded with additives and artificial ingredients contain harmful sweeteners and obscenely high amounts of sodium. So the ideal diet for those with diabetes and high blood pressure would be a meal plan full of fresh vegetables, fruits, whole grains, nuts, beans, herbs, and lean proteins.

Keeping it under control

“A couple of years ago, stopping all my medications (clinical depression contributed to this), and not taking care of myself led me to have a stroke on January 25, 2016. Since then, I have been, for the most part, extremely careful about what I eat,” Lisa said.

Lisa’s experiences have given her great insight into keeping both her diabetes and high blood pressure under control.

“It’s a difficult balancing act at times. A lot of my food decisions now are based on carb count, followed by sodium content. I have to be a lot more conscious of what I eat. I buy fewer prepared foods (like pasta sauce) and almost no frozen meals or the like, because of the sodium content,” Lisa said.

She avoids foods with added salt and stays away from the salt shaker. 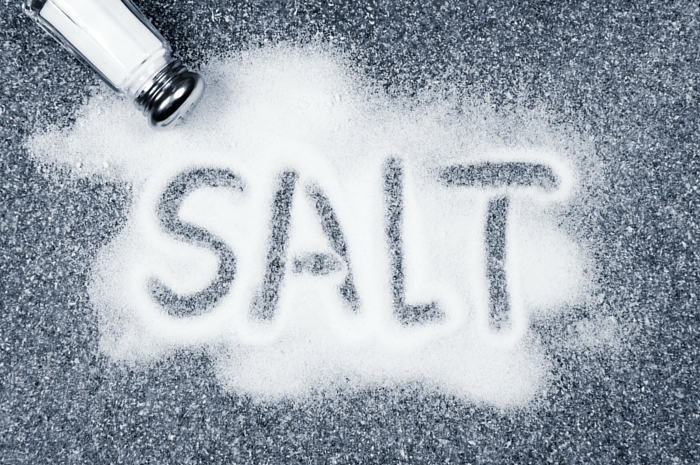 “A diabetic with hypertension needs to try and stay below 1500 mg of sodium a day, which can be incredibly difficult. On days I can’t achieve that, I do my best not to go over 2300 mg – the suggested limit for ‘normal’ people,” she said.

But sodium isn’t everything, as Lisa learned the hard way. Although she knows now that sugar significantly impacts blood pressure, Lisa said she wishes she had known this before.

“They never tell you anything about diabetes except that it’s ‘bad,’ that it can cause blindness and you can lose toes. They never tell you WHY – and I think that’s really important. For example, I never knew until after my stroke that diabetes makes your veins, arteries and capillaries leak! That’s part of what causes blindness in diabetics,” she said.

“[Sodium]’s in EVERYTHING you buy at the grocery store. If I didn’t enjoy cooking, I’d be in soooo much trouble meeting my sodium goals. My biggest issue is my depression, both clinical and Pre-Menstrual Dysphoric Disorder (PMDD). Basically, every time that ‘time of the month’ comes around, I have HORRIBLE mood swings and severe depression. Why is this such a problem? Because I am a mood eater. The worse I feel, the more I eat, especially chocolate.”

Balancing diabetes is one thing, but when you throw high blood pressure on top of it, things get trickier. Especially snacking.

“I generally don’t snack, but when I do, it’s usually something crunchy. I can’t eat raw carrots, as they cause my blood sugar to spike, but I eat cucumbers, celery sticks, pretzel thins, maybe a couple of peanut butter filled pretzel nuggets,” Lisa said.

“Diabetes and heart disease runs in my family. They seem to go hand in hand with hypertension (high blood pressure) and carrying extra weight. I lost my Mom to a cardiac arrest that was ultimately related to complications with her diabetes. I almost lost my Dad who suffered two heart attacks. I even almost lost myself due to congestive heart failure (cardiomyopathy), brought on by a virus, but had eventually grown worse due to high blood pressure. Two years ago I was blessed to receive the gift of a donor heart,” he said.

Christopher is not a doctor or a nutritionist, but said “I have done enough research to know the root of most of these health issues can be defeated through prevention. Both diabetes and hypertension wreak havoc on the arteries. That puts more and more pressure on the heart to do the work of pushing blood through the body. It is a recipe for disaster.”

Christopher said most Americans consume almost 4000 mg of sodium in an average day. The American Heart Association and the Mayo Clinic both recommend that you stay below 1500 mg per day.

“Just to put it into perspective,” Christopher said, “there is 2300 mg of sodium in one teaspoon of salt! It is not enough just to throw away the salt shaker, most of that sodium we eat is from processed and restaurant food. It is already in there.”

He is on a mission to prove that a low sodium diet can be delicious. As one example, check out his Lemon, Garlic, and White Balsamic Roasted Green Beans.

If you are just starting out on your low salt journey, let Christopher and Lisa inspire you. Living a low sodium life is not only beneficial to our bodies, but is completely attainable. Or, in the words of Christopher Lower, “Here’s to a healthier tomorrow!”

Karyn Wofford is a type 1 diabetic who has been educating herself about health and wellness for 14 years. She has been an Emergency Medical Technician for 5 years and is now studying to become a Health and Wellness Specialist. Her aspiration in life is to bring helpful information to those seeking to be as healthy as they can be.

Disclaimer: This information is not intended to take the place of medical advice. Always discuss any dietary or lifestyle changes with your doctor first.