Ina Garten (aka Barefoot Contessa) visited my hometown of Richmond, VA last week. She talked about her career, her television show, and her tips for throwing a great dinner party. I, of course, was compelled to purchase a signed copy of her latest cookbook, Make It Ahead. 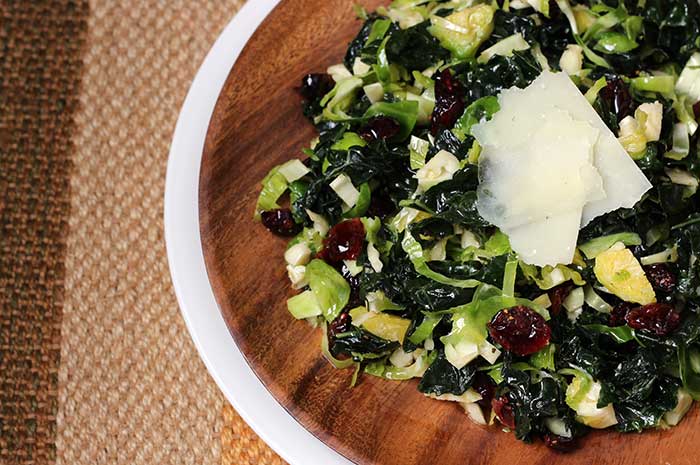 Many recipes spoke to me, but this one for a winter slaw featuring kale and Brussels sprouts with a lemon vinaigrette practically leaped off the page. Ina made hers with radicchio too, which added nice color, but I didn’t feel like making a trip to the store and radicchio isn’t a favorite of mine anyway.

This makes a lot more dressing than you’ll use. Save the extra in your refrigerator and use it instead of bottled dressing on other salads or as a marinade for chicken.

A few things I didn’t know about Ina Garten came out during her talk:

I hope you enjoy my take on Ina’s Winter Slaw.

Nutritional information was calculated assuming 2 tablespoons of dressing was used.

You will have dressing left over. Save it in the refrigerator in a glass jar for another use. 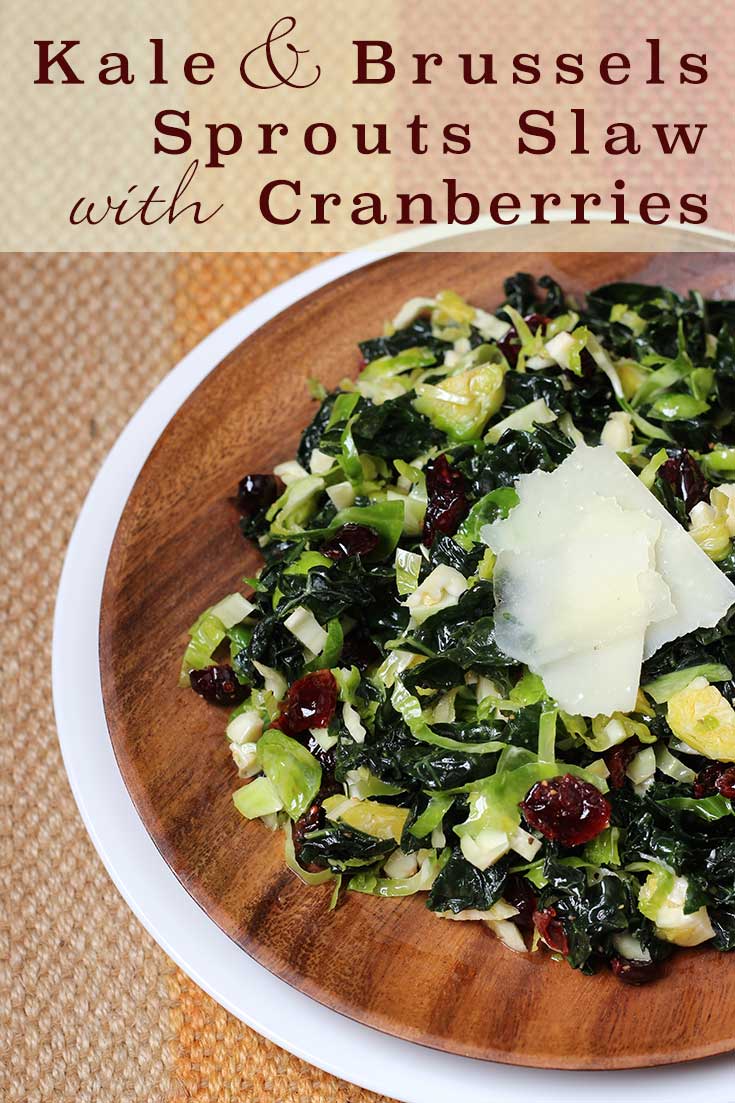