Need a great fall breakfast that is grain-free? How about an apple hash with earthy sweet potatoes and brussels sprouts plus tart cranberries? 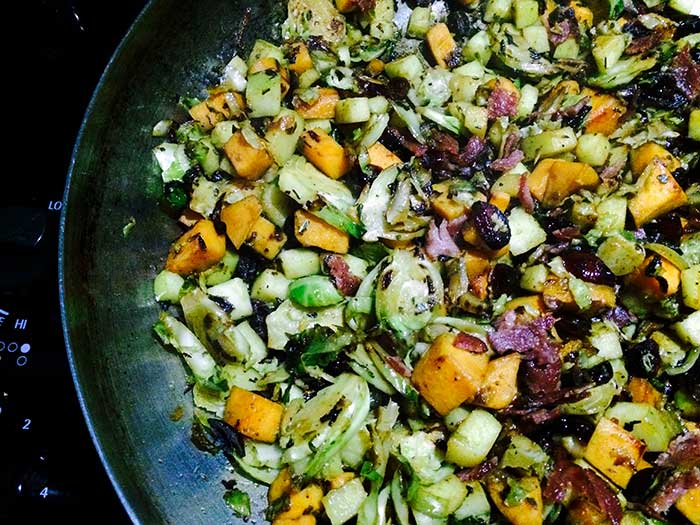 Original Recipe and My Changes

First came Running to the Kitchen’s Brussels Sprouts, Pumpkin & Apple Hash recipe. Then I made a few changes based on ingredients I had on hand:

As comforting as this hash was for breakfast, it would also make a tasty Thanksgiving side dish (without the egg, of course).

Make it vegan or vegetarian: Omit the bacon/turkey bacon.

Too many carbs? If you’d like to reduce the carbs in this dish, cut back on the amount of sweet potatoes, apples, and/or cranberries. You could also use unsweetened dried cranberries, but they will be very tart!