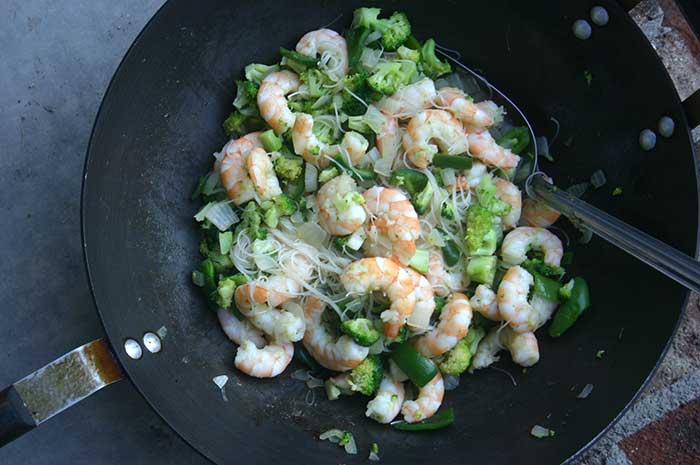 Before we get to the recipe, let’s talk about why some folks say coconut oil is “healthy” even though it contains more than 90% saturated fat. First a disclaimer: I’m not a chemist, I don’t play one on TV and I didn’t stay in a Holiday Inn last night. But I’m going to try and summarize something I read in The Coconut Oil Miracle by Bruce Fife by using a subway analogy. Stay with me here, I think it will help you understand why coconut oil might actually be good for you.

According to The Coconut Oil Miracle, the chain length of a fat, not its level of saturation, determines its “goodness” or “badness:”

I hope this explains why the recipe for Thai Shrimp and Noodles below, even though it is high in saturated fat, just might fit into a healthy diet.

You can now breathe a sigh of relief – the chemistry lesson is over. Now about that recipe … I must say I LOVE the way coconut oil behaves in a stir-fry. You can use high heat and the oil will not burn at all. This stir-fry dish is sweet, pungent and slightly salty. It tasted saltier on the second day, so if you’re planning on having leftovers, I’d recommend using less fish sauce. A few other notes:

I’d love to hear what you think about coconut oil, especially if you are a dietician or nutritionist. 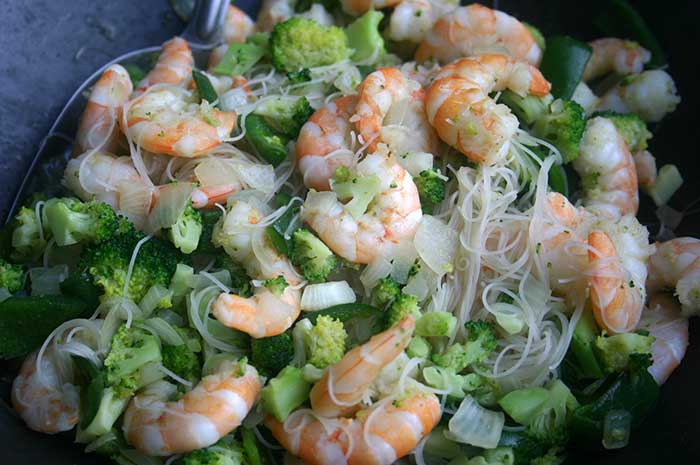 If you are watching your Cholesterol, you may want to reduce the amount of shrimp you use.

See above for a discussion about the Saturated Fat in this recipe.