If your community of 360 residents held 30 funerals in a single year for people under the age of 32 who died from diseases such as diabetes, what would you do? How about if 65% of your town was unemployed and your long-term economic prospects were bleak? What if almost 15% of the children aged 2 to 18 in your community were classified as obese? If you were Rev. Richard Joyner of the Conetoe Family Life Center in Conetoe (say ka-NEE-ta), North Carolina, you’d get the kids in the area to plant a garden. 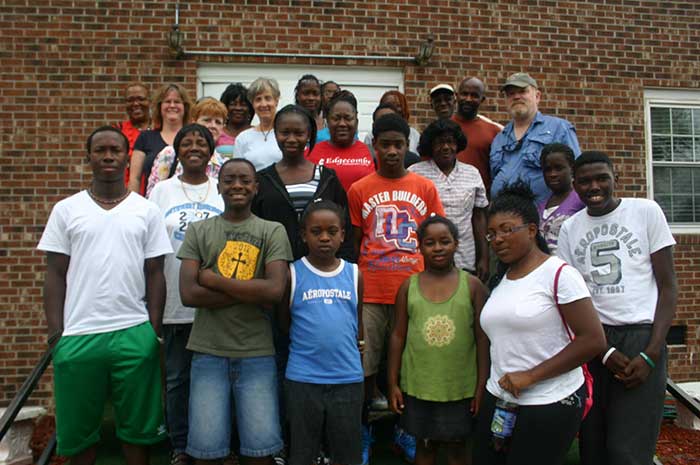 “We started with a small garden near the church where we planted cabbage and collards,” said Rev. Joyner. “The absentee owner asked us to mow his grass, then we asked if we could plant a garden.” After that, another resident donated a 17 acre plot of land that hadn’t been farmed in 25 years. Now the group is growing corn, tomatoes, watermelons, potatoes, squash, peppers, cucumbers, okra and field peas to feed their families and neighbors.

Forty-eight young people under the age of 18 plus a handful of adult mentors plant, weed and harvest every summer day beginning at 6 a.m. Let me say this another way: Every single day during their summer vacation, teenagers get up at 5:30 a.m. to enthusiastically work for their community.

How remarkable is that?

When asked why they do it, the young people had many reasons:

This youth group also contains budding entrepreneurs who hone their sales skills by looking for places to sell the garden’s produce. They sell at farmers’ markets in Raleigh and Carrboro, they sell to a local Piggly Wiggly grocery store and they sell to several local restaurants. They also produce, bottle and market their own honey.

Have I mentioned the bees? When the Grillmaster and I, along with some other folks from Hatteras Island, visited Conetoe, we toured the garden. There was an old schoolbus at the far end of the property. When we got near the bus, we were cautioned not to get too close. “That’s the Bee Bus,” one of the gardeners said. This old bus was full of live, buzzing bees! 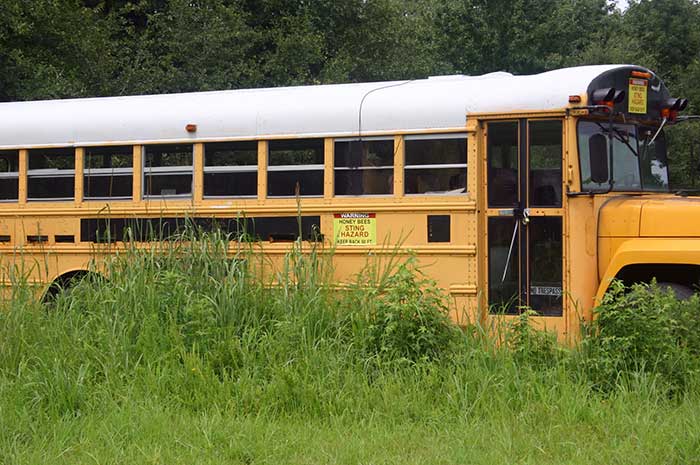 The Bee Bus serves several purposes: it pollinates the many gardens the group now maintains, the bees produce honey which is sold locally and it is helping several of the young people learn the beekeeping trade. They started with 7 hives, now they have 48. Rev. Joyner says the only problem with the bus is that you can’t drive it during “normal” hours.

“If you’re driving a bus full of bees and someone in the car next to you is eating an ice cream cone, guess where the bees will go?” Rev. Joyner asked. They drive the bus between gardens around 3 a.m. to avoid this problem.

One of the Conetoe Family Life Center’s missions is “to grow an organic garden (chemical and pesticide free) in which youth and adults from diverse backgrounds work together to build a sustainable food system.” In the process of doing this, the kids in the community learn about food, nutrition, science and agriculture. They also develop skills that will help them be productive members of the workforce. Every single young person we spoke with had a clear career plan for the future and knew what they’d need to do to make it happen. One wants to join the military, one wants to work in the food industry, another wants to run a farm.

When one of the young ladies overhead visitors discussing a nearby restaurant famous for their cheese biscuits, she said “Don’t let Rev. Joyner hear you talking about cheese biscuits! Those things aren’t good for you.”

It’s pretty clear that Rev. Joyner is making a difference. 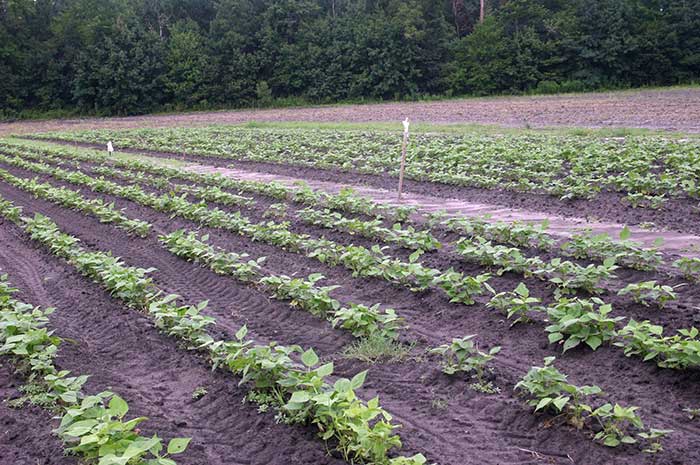